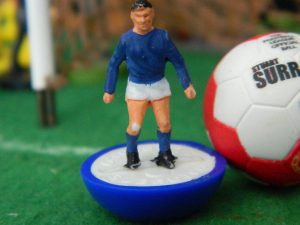 There’s an unsung cohort of HUWFC players who don’t often grab the headlines. They aren’t the lads who score five goals per game; not for them the spectacular 30-yard crossfield pass or the amateur dramatics shown to the ref when he brandishes a blue card. Instead they plug away, week in week out, loyal to a fault and never let themselves or the club down.

This Saturday at the Acamedias Decrepido there was a trio who deserve high praise. First, let us mention Ken the Bass. He plays quietly at the back, holding his position and is the first to hold his hand up if he feels he has let a keeper down. First game today, Ken was in his left back role holding back the marauding Wine Gums when he spots Super Dunc steaming through on the opposite side of the pitch. Finding a voice that would put Doc Dyer to shame he bellows: ‘There’s no one on the right!’ It was telling moment. It takes lot of confidence to tell your team mates they are not covering. Ken’s confidence is simply brilliant.

Ken played his part for the Blues well in the one-all draw with the Gums. Neucamp comer Javier – Chavvy to us now – opened the scoring with a deft shot through the Nutkin’s legs and only a late goal from Dunc beat a very competent Tug at the other end.

Game 2 brings us to our next unsung hero of the day, Posh Andy. Playing at the heart of a Pinks side comprising many of his Hornets fellow players, he was first to every ball and when the Chairman put him in on goal he made no mistake. His first goal was good, his second better – putting a first team Blues side to the sword. Scouse Phil had his best game for weeks, really marshalling the troops in midfield. And the Pink defence of Old John Martin and Touchline Mike was absolutely outstanding – the Blues didn’t get one shot off. And great link play from the back two through midfield saw Pandy at his best. That match, and game three, saw Legendary Rog to the fore. He and TLM are always in the right place at the right time out wide and in a tense nil-all draw with the Gums, Rog was unlucky not to score after a lovely solo effort, jinking in from the left. His skills have been honed over the previous months and he is going to be big part of the Hornets side going forward.

The Cat made three great saves, two from Dunc and one from Magic Wond, and Trigger was confounded by the bar and failed to score for the first time in weeks. It was a one-all draw in Game Four between the Blues and Gums. El Jay was imperious on the wing all afternoon and he put Cookie Monster in for his first effort which clattered off the Nutkin’s bar. When the Spanish Kid repeated the favour with another assist, this time Cookie latched onto it and side footed it past the advancing keeper. The place is often better than the power. Tug was a bit EasyJet in the Blues goal. Three times he snatched at clearances and booted it straight to the opposition. He was only punished once when Dunc beat him from a tight angle to level the game. ( His cheeky back heel deserved a goal but it struck the post.) And Tug made a cracking save to his right to keep Russ out.

Game 5, the Blues switched it on against the Hornets in Pink. The H’s barely got a shot off, and the Blues scorers both took their chances well. El Jay scored from a badly defended free kick with a super low drive and Blakey powered in with a scorcher to make it two-nil. The Cat got a paw to both shots but failed to keep them out. We look forward to the return clash with Ringmer on Monday with Rog and Andy appearing and Trig making his debut

Burwash came to Hastings and dismantled the Hornets on the last day of the season. The nil-one score line could have been […] 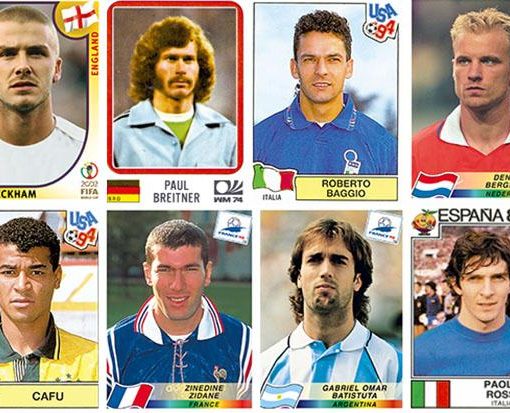